The following members of our community have volunteered to serve as judges for the inaugural North Star Puppy and Handler Contests.

Through trials and errors, Jinx has found her polyamorous self with the help of a few partners along the way, found their inner bratty switch and constantly plays with their primal energies.

Also identifying as a service pup to her handler and partner, Jinx has a very commanding and attentive presence when in pup mode. At their first North Star Kennel Club mosh in Des Moines, they backed themselves in to a corner and watched all the pups play while they lazily laid quietly. They are super excited to help bring awareness to female/genderfluid/genderqueer pups across the nation, spreading their love for squeaky toys and beach balls with everyone. 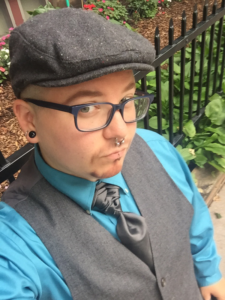 Vincent
Vincent has been kinky from a young age. Experimenting with himself and partners. He entered the Twin Cities Leather community 5 years ago by joining NSKC as a puppy. He eventually became a board member of NSKC for 2 years. Along with participating in Leather Community events in and out of state Vincent serves his Master, Sir Kyle Summers. He lives a 24/7 Master and slave lifestyle. He was introduced to high protocol and service during his time serving in a high protocol leather household known as The Archive, in 2014. Serving The Archive for a year is where Vincent learned most of his services and gained valuable knowledge about Old Guard and High Protocol.

His goal is to always be there for the the Community. He strives to have a safe house for all with no judgement. Suffering from depression and anxiety he tries to go to as many Leather events that he can. He has been out of state for some events and plans to go to more. Primarily he attends the leather events in the Twin Cities. He has been to GLLA, as a assistant for a contestant, Iowa Leather Weekend as a T-Rexx representative, was the official boot black at the Twin Cities Leather Weekend 2018, and competed in the boot black popular vote contest at MNLP 2018. Coincidently his favorite service to provide is boot blacking. He has used that skill to help at multiple charities like Shave Our Space, the fundraiser to raise money for Twin Cities Leather and Latte.

Vincent identifies as a slave/sub, but has been known to switch when the mood strikes. You can sometimes catch him in little or pup head space. He has a wide variety of leather/kink things that he gets into, from soft and cuddly feather tickles in bed to sharp and controlling needle piercings while suspended by rope. He is a R.A.C.K. player who is known in his play circles to have an ass of steel. He never gets enough and loves trying new things. 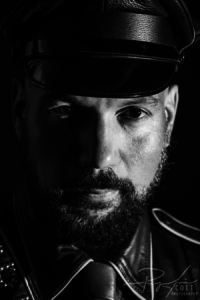 Sir IvanInternational LeatherSIR 2016, Great Lakes LeatherSIR 2016 and Minnesota LeatherSIR 2015
Sir Ivan is committed to working with his community to expand the participation of people in leather and kink. This lead him to his involvement in founding and organizing BLUF Minneapolis and Twin Cities Rubbermen and to actively participate as a member and educator with Titans of the Midwest. More importantly, as a Latino, Sir Ivan is a fervent advocate for the visibility and leadership of people of color in leather. To this end, Sir Ivan helped create and is the President of Twin Cities Spectrum, a club for people of color interested in exploring leather and kink. 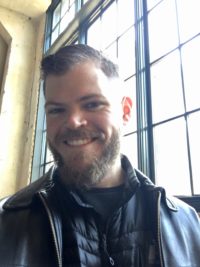 Coleman
Coleman is a dominant and handler who is based in the Twin Cities. He is a legacy member of the Ingram-Lile Leather family and now leads his own family. Coleman got his beginnings in leather when he went to a leather run to hear a talk on pup play and has loved their community ever since. He served on the NSKC board for two years and now currently operates as a full member of the club. As a Handler, he enjoys giving skritches, the occasional wrestling match, and helping his own  pup, current IPC: Pup Havok, work to increase educational outreach and growth for the community. Always pleased to see a wagging butt and a lolling tongue, this is Coleman’s first opportunity to serve as a judge for the community and eagerly awaits a great show! 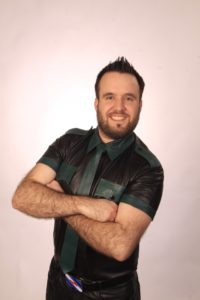 Pup DodgerMichigan Puppy 2016, Great Lakes Puppy 2017, IPTC International Puppy 2017/18
Pup Dodger was the first ever Michigan Puppy back in 2016, making his way through to become the Great Lakes Puppy in 2017, then becoming the IPTC International Puppy 2017/18. He is a fun loving German Shepherd service pup and has been a member of the community since 2013.  He lives by the motto “ Come Play With Me.” Encouraging others to get off the sidelines and get involved.  He is always willing to lend a helping paw to a fellow pup or kinkster  and help them explore their wild side, especially using them as a fire hydrant! Dodger is a huge advocate for mental health and believes we should not let our infirmities define our lives.

If you can’t find Dodger just look for the green puppy wrestling around with the other pups, dancing his tail off and being his mischievous self. Or if all else fails just yell “Squirrel” and he will come running and howling.

Pup Kona is a French Bulldog and leather pup currently residing in the country of Canada. He’s been working with non-profit charity organizations for over 13 years. Pup Kona currently works alongside Helping Paws, a local non-profit charity organization who helps charities and causes in the BC area through mascot performance entertainment. He is also the founder of PAHs Without Borders, which focuses on promoting mentorship, support, and conversations between Pups and Handlers all around the world in the effort to give every Pup/Handler a chance to grow, be heard, and loved. Throughout his travels, he has reached out and visited various community groups all over the world, sharing his passion and teachings inside and outside of puppy play.

Pup Kona is Alpha of his pack, Dogwood pack, a member of VAH-PAH, SEA-PAH, Sir Justin’s Kennel, and part of the furry fandom.